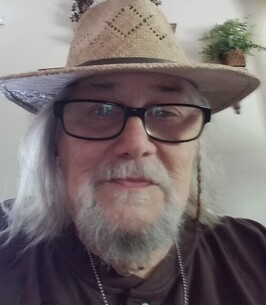 Taylor Hodge, a true Southern Gentleman passed while in Hospice Care on Monday, May 16th, 2022. He had been struggling with declining health for several years. He was born in Tupelo, MS on January 3, 1951. He grew up in Florence, AL. While in junior high school his love of rock and roll and the blues began, beginning with Buddy Holly and ending more than 50 years later with The Beatles. He had an unbelievable knowledge of the life and careers of each member.

Taylor was preceded in death by his parents Wilbur and Delle Hodge as well as his sister Emily. He is survived by his wife of 33 years Nancy; his son Daniel Hodge and his wife Chelsea; the star and light of his life and his only grandchild Glenn Hodge. He was a Christian and of the Methodist faith.

Never one for self hoopla, no services will be held as Taylor instructed. He asked that each of his friends listen to their favorite Beatles song in his memory.

He was a wonderful husband and father, but most of all grandfather. We will miss him more than words can say.