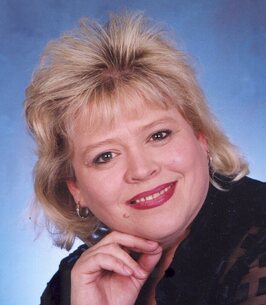 Sharon Logan Helms, 55, of Arkoma, Oklahoma passed away on Saturday, February 6, 2022 in Fort Smith. She was born on June 14, 1966 in Fort Smith, Arkansas to Herman and Shirley (Newman) Logan. She was a call center representative at Sykes and a member of Faith Missionary Baptist Church in Arkoma. Sharon was an award winning baker and was a mother to all her family and friends and loved and adored by all who knew her. She was preceded in death by her sister, Cheryl Gomez and a brother, David Logan.
Graveside services are 1:00PM, Tuesday, February 15, 2022 at Center Point Cemetery in Waldron, Arkansas. The family will visit with friends from 5-7PM on Monday at the funeral home.
She is survived by her father, Herman Wayne Logan; a daughter, Christina Helms of Muldrow, OK; a son, Jeff Stephen Helms of Muldrow; a brother, Herman W. Logan of Muldrow; numerous nieces and nephews and her “grandchildren” Baylor Grace Mead and Annaleigh Destea.
Pallbearers are Steven Helms, Matthew Logan, Taylor Mead, Brandon Sheffield, Brandon Gomez and Michael Destea. Honorary pallbearer is William Logan.