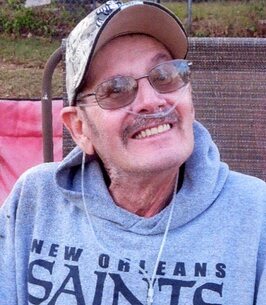 Roger A. Brady, 68, of Stigler, Oklahoma went with the Lord after a battle with cancer on Monday, March 7, 2022. He was born on October 14, 1953 in Marion, Ohio, the fifth child and only son of Albert and Janet (Herndon) Brady. Roger grew up in Mr. Gilead, Ohio. He enjoyed track and field through his high School years and earned a scholarship to Ohio State University. He chose to serve his country as many of his relatives and father had by entering the Navy after high school. He served on the U.S. Kittyhawk in the south pacific during his time in the service. He had many enjoyable adventures during his military career. Roger had a wonderful sense of humor that everyone appreciated and enjoyed telling the various stories of his life and career to whomever had the time to listen. He lived in several places in his lifetime including, Arkansas, Las Vegas, Nevada, Mississippi and California. He was preceded in death by his parents, a sister, Patricia Brady and a daughter, Kate Lamela.
Memorial services are, 11:00 AM, Saturday, April 2, 2022 at Ocker-Putman Funeral Home of Fort Smith, Arkansas.
Roger is survived by his daughter, Tara Brady of Pass Christian, MS; a son, Jonathan Trost of VA; three sisters, Peggy Chase (Larry) of Stigler, OK, Sandra Brady of Cedar City, UT and Pam Vickers of Collinsville, OK; nieces and nephews, Jen and Jeff Redcay, Justine and Ty Patterson, Jacob and Morgan Redcay, Jaycee and Mike Tripp, Josiah Redcay and Joshua and Andrea Chase and great nieces, Layna and Mara Chase.
Cremation was under the direction of Ocker-Putman Funeral Home of Fort Smith, Arkansas.