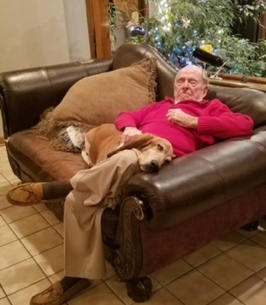 Monroe C. Spencer, 94, of Fort Smith, Arkansas passes away on Wednesday, July 20, 2022 in his home. He was born on December 17, 1927 in Fort Smith to Arlie and Prudy Spencer. He was a U.S. Air Force veteran and a retired repair foreman for S.W. Bell Telephone Company. He was preceded in death by his sister, Emily Morrow.
Monroe is survived by his daughter, Toni Carter of Fort Smith; a son, Bill Spencer of Indianapolis, IN and grandchildren and great grandchildren.
Mr Spencer was cremated and there are no services planned at this time.