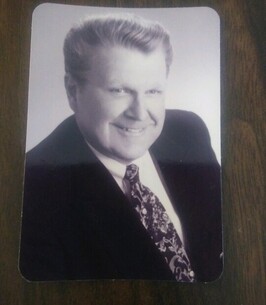 Leroy R. Fisher, 80, of Fort Smith, Arkansas passed away on Tuesday, January 11, 2022 in Fort Smith. He was born on January 10, 1942 in Trenton, New Jersey, to Leroy C. and Doris E. (Benjamin) Fisher. He was the owner and operator of Pioneer Plant Company. He was a Navy veteran and of the Christian Faith. Leroy was preceded in death by his daughter, Karen Fisher and a sister Brenda Drake.
He is survived by his wife Rhonda of the home; two daughters, Leslie Cook of St. Louis, MO and Melissa Hagen of Columbia, MO; a son, John Fisher of Lebanon, KS; two step daughters, Kelly and Jennifer Southard both of Fort Smith, AR; five grandchildren and five step grandchildren.
A family held memorial service will be scheduled at a later date; cremation was under the direction of Ocker-Putman Funeral Home of Fort Smith, AR.