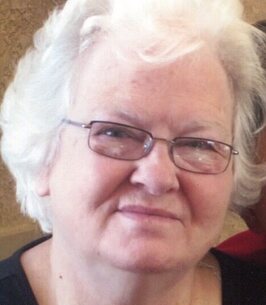 Juanita Faye Coleman, 80, of Fort Smith passed away on Monday January 24, 2022 in Fort Smith. She was born March 31, 1941 in Sundance, WY to Ted and Beulah (Cochran) Armer. The family moved back to Short, OK when she was one year old. Juanita graduated grade school at Short and later attended high school in Muldrow, OK. It was in high school that she decided to become a Registered Nurse. She was an avid reader and made good grades. When she was 20 years old she graduated from Sparks School of Nursing. She worked at Sparks Hospital for a number of years and was in charge of the new born nursery on the second shift. She was preceded in death by her parents, a son, Patrick and a brother Walter Armer.
After becoming an R.N. she realized that she was lost and needed to be saved. She trusted Jesus as her savior and became a Christian.
In the spring of 1962, she met her future husband at a picnic in Booneville, AR. She and Fred Coleman were married on November 2, 1962 in Calvary Baptist Church in Ft. Smith. They celebrated their 59 anniversary last November.
Juanita and Fred served the Lord in the bus ministry at 3 different churches. It was at Windsor Park Baptist Church that they served for more than 10 years. They were bus captains on bus #4 which was one of 16 buses in that ministry. The ministry was under the guidance of Pastor J. Harold Smith. Thousands of children and adults trusted Jesus and became Christians during those years.
Juanita is survived by her husband Fred Colman; two daughters, Janna Stem (Chris) of Barling and Lori Patrick (Joe) of Lavaca; one son Eric Coleman (Heather) of Jonesboro, AR; one sister, Almeda Morrison (Cotton) of Uniontown; two brothers, Clinton Armer of Sequim, WA and Doyle Armer (Oma Faye) of Muldrow; four grandchildren, Amelia Coleman, Blaine, Ian and Ryan Patrick.
Funeral service will be 10:30 A.M. Friday January 28, 2022 at Haven Heights Baptist Church in Fort Smith with burial in U.S. National Cemetery under the direction of Ocker-Putman Funeral Home.
The Family will visit with friends from 5-7 PM Thursday at the funeral home.