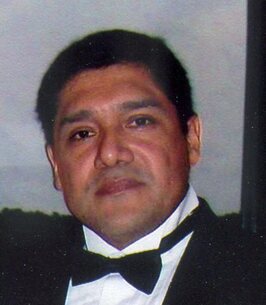 Juan Saucedo, 62, of Fort Smith, Arkansas passed away on Tuesday, February 1, 2022 in his home with his family by his side. He was born on January 1, 1960 in Monterrey, Mexico to Jose and Leonor (Mata) Saucedo. He was a former employee of Hickory Springs and a member of Immaculate Conception Catholic Church. He was preceded in death by his parents and a daughter, Jessica Saucedo.
Funeral Mass is 10:30, Monday, February 7, 2022 at Immaculate Conception Catholic Church with cremation to follow under the direction of Ocker-Putman Funeral Home of Fort Smith, AR. The family will visit with friends from 3-5PM, Sunday, February 6th at the funeral home.
He is survived by his wife Rebecca Saucedo of the home; a sister, Naomi Garza of Austin,TX, a brother, Arturo Saucedo of Austin, TX, two nieces, Nelly Leo Garza and Nancy Teo Perez both of Austin, TX and a nephew, Gerardo Rodriguez and his wife Lulu of Austin, TX.