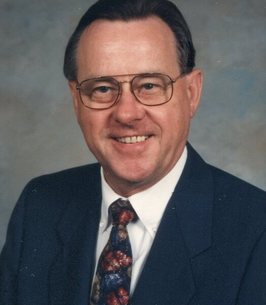 Jeryl Q. Looper, 87, of Fort Smith, AR passed away in his home on Wednesday, June 1, 2022. He was born on December 10, 1934 in Tulsa, Oklahoma to Timothy and Mary (Deason) Looper. He graduated from the University of Tulsa with a BS in Business Administration and was a member of Kappa Alpha and Phi Alpha Delta Fraternities. He earned his Juris Doctorate from Tulsa School of Law and was licensed to practice law in both Oklahoma and Arkansas. Following college he served four years in the U.S. Army Reserves. Jeryl worked for First National Bank and Trust in Tulsa for ten years before joining City National Bank of Fort Smith as Senior Vice President of the Trust Department. He was a devoted husband and beloved father. He enjoyed reading books, playing golf and taking daily walks in the neighborhood where he lived. He was a Democrat and a free-thinker. Jeryl was preceded in death and by his wife of 54 years, Rose.
He is survived by his daughters, Tracy Looper and Theresa Looper both of Fort Smith; a son, Charles Looper and his wife Jennifer of Dallas, TX and a grandson, Quinton Henderson.
He will be laid to rest with his beloved wife, Rose at Oak Cemetery Columbarium following a private family service.
Memorials may be made to the Scholarship Fund at First Christian Church, 3501 Rogers Ave., Fort Smith, AR