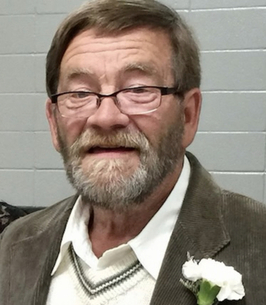 Douglas Alvin Clifton, 69, of Fort Smith, Arkansas passed away peacefully in his home on January 30, 2022. He was born on February 25, 1952 in Fort Smith to Roy and Patsy (Newton) Clifton. He was a loving husband, dad, brother, uncle and papaw. He was retired after many years of self-employment. Doug loved being outdoors and was an avid hunter and fisher. He loved spending time with his family, friends, and his animals. Doug was known for his kind-heartedness, willingness to do anything for others and the ability to tell a good story. He was a member of Christ the King Catholic Church and was preceded in death by his parents and his brother, Ron Clifton.
Funeral Mass is 11:00AM, Friday, February 4, 2022 at Christ the King Catholic Church with burial to follow in Oak Cemetery under the direction of Ocker-Putman Funeral Home of Fort Smith. The family will visit with friends on Wednesday, February 2nd at the funeral home.
He is survived by his wife, Doris Clifton of the home; two sons, Bryant Clifton and his wife Amber and Matt Clifton both of Fort Smith; a daughter, Callie Parks of Little Rock, AR; a sister, Vivian Balance and her husband Terri of Alamosa, CO; a brother Eddie Clifton and his wife Lori of Fort Smith; four grandchildren, Hadleigh, Paisley, Harper and Rowen Clifton all of Fort Smith; his sister in law, Glenda Musset and her husband Tije of Fort Smith; nieces, Kim Wakasugi, Lisa Mizell, Abby Musset and Katie (Brandon) Whitaker and his great nephew, Walker Whitaker.
Memorials may be sent to Kitties and Kannines, 4300 Phoenix, Ave. Ft. Smith, AR 72903 or to Christ the King Catholic School, 1918 S. Greenwood, Ft. Smith, AR 72901.