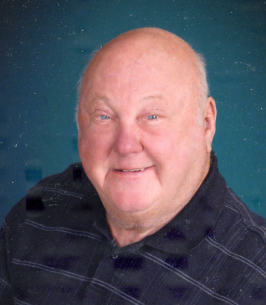 Donald R. Baker, 85, of Fort Smith, AR, passed away on Monday, July 25, 2022. He was born January 17, 1937 in Arkansas City, KS to Eldon and Lottie (Stafford) Baker. Don graduated from Arkansas City High School and Emporia State Teachers College.
Don spent 27 years in the National Guard and Army Reserves as a Drill Sergeant in Oklahoma City, he founded the 95th division Drill Sergeant Academy in Oklahoma City where he graduated over 3,000 drill Sergeants. Don married the love of his life, Gaye (Wells) Baker, on July 21, 1959, and they enjoyed 63 wonderful years together. Don was a legend that was known by many. Don brightened the lives around him by making people laugh; he never met a stranger and made an impact on everyone he met. In his free time, he enjoyed woodworking, fishing, gardening, and telling jokes, but above all, he cherished spending time with his family and friends. He is preceded in death by his father, Eldon Baker, and his mother, Lottie Baker.
Don is survived by his wife, Gaye Baker; two daughters, Darci Best of Little Rock, AR and Danys Parker (Dean) of Fayetteville, AR; a son, Darren Baker (Tami) of Fort Smith, AR; two grandchildren, Laura Ward (Stephen) and Abby Parker; his great-grandson Baker Ward; and his sister Susan Spear (Ralph) of Arkansas City, KS.
Graveside services with military honors are 12:00PM, Thursday, July 28, 2022 at the Fort Smith National Cemetery under the direction of Ocker-Putman Funeral Home of Fort Smith, Arkansas.
Don may be viewed from 2-7PM on Wednesday at the funeral home.