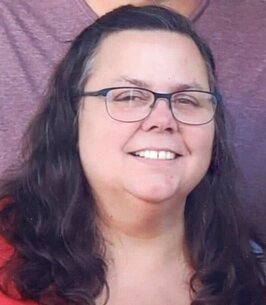 Dawn Marie Haars, 54, of Barling, Arkansas passed away on Wednesday, January 5, 2022 in a Fort Smith hospital. She was born on January 20, 1967 in Hammond, Indiana to Thomas and Judith (Vespo) Bullins. She was a member of Central Christian Church and was preceded in death by her father, Thomas Bullins.

Funeral services are 9:30 AM, Tuesday, January 11, 2022 at Central Christian Church in Fort Smith with burial to follow in the U.S. National Cemetery under the direction of Ocker-Putman Funeral Home of Fort Smith, AR.
Dawn may be viewed from 3-7PM Monday at the funeral home.