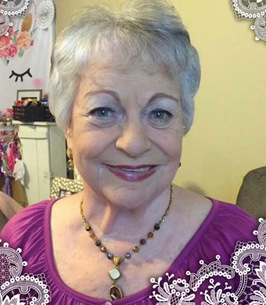 Carolyn Jane Gann, 79, of Fort Smith, Arkansas passed away on Sunday, May 15, 2022 in a Fort Smith hospital. She was born on October 21, 1942 in Fort Smith to James Robert and Pansy Strubble Brooks. She was a retired secretary at Westminster Presbyterian Church. She was an active member of Harvest Time Church and served in the Golden Harvesters. She was preceded in death by her parents, a grandson, Kevin Alexander, a sister Rebecca Farrior and a brother, Robert Brooks.
Funeral services are 10:00AM, Wednesday, May 18, 2022 at Ocker-Putman Funeral Home in Fort Smith with burial to follow in the U.S. National Cemetery.
The family will visit with friends from 5-7Pm on Tuesday at the funeral home.
She is survived by her husband of 60 years, Ted Gann of the home; a daughter, Deborah Gann of Fort Smith; a son, Stephen Gann and his wife Rebecca of Alma, AR; three sisters, Mae Harris of Virginia Beach, VA Linda Sue Bentley of Visialia, CA and Cynthia Lee Miller of Kansas City, MO; two brothers, Ricky Brooks of Huntington, AR and Ronnie Brooks of Fort Smith; nine grandchildren, Justin, Tia, Thomas, Kara and Amanda Alexander, Charla, Austin and Lyndee Gann and Logan Parnell; 12 great grandchildren and 1 great great grandchild.
Pallbearers will be her grandsons.
The family would like to thank her wonderful caregivers, Courtney Dodson, Aimee Terrell, Alicia Boatmen, Jeanette Harvell and Shirley Garrison.
Memorials may be made to the Golden Harvesters, 3100 Briar Cliff, Fort Smith, AR 72908.